Finding Purpose
in a
Godless World 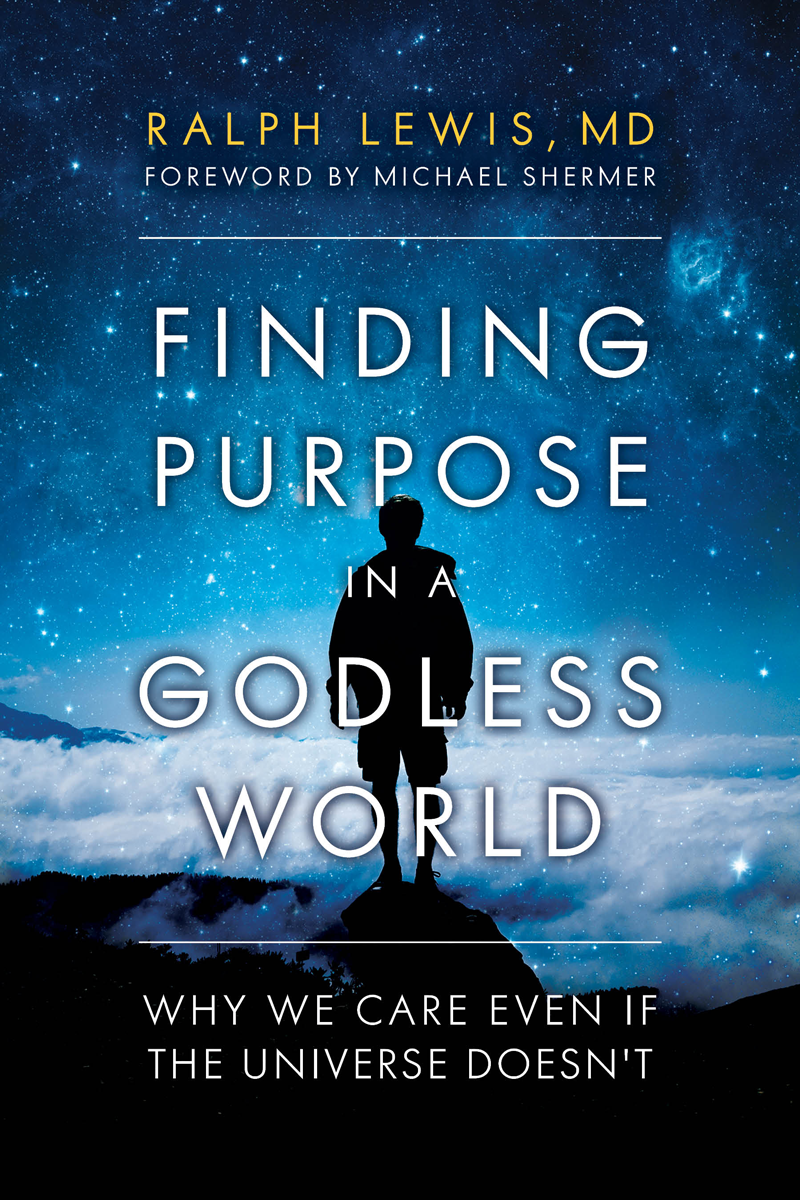 Finding Purpose in a Godless World

A psychiatrist presents a compelling argument for how human purpose and caring emerged in a spontaneous and unguided universe.

Can there be purpose without God? This book is about how human purpose and caring, like consciousness and absolutely everything else in existence, could plausibly have emerged and evolved unguided, bottom-up, in a spontaneous universe.

A random world—which according to all the scientific evidence and despite our intuitions is the actual world we live in—is too often misconstrued as nihilistic, demotivating, or devoid of morality and meaning. Drawing on years of wide-ranging, intensive clinical experience as a psychiatrist, and his own family experience with cancer, Dr. Lewis helps readers understand how people cope with random adversity without relying on supernatural belief. In fact, as he explains, although coming to terms with randomness is often frightening, it can be liberating and empowering too.

Written for those who desire a scientifically sound yet humanistic view of the world, Lewis’s book examines science’s inroads into the big questions that occupy religion and philosophy. He shows how our sense of purpose and meaning is entangled with mistaken intuitions that events in our lives happen for some intended cosmic reason and that the universe itself has inherent purpose. Dispelling this illusion, and integrating the findings of numerous scientific fields, he shows how not only the universe, life, and consciousness but also purpose, morality, and meaning could, in fact, have emerged and evolved spontaneously and unguided. There is persuasive evidence that these qualities evolved naturally and without mystery, biologically and culturally, in humans as conscious, goal-directed social animals.

While acknowledging the social and psychological value of progressive forms of religion, the author respectfully critiques even the most sophisticated theistic arguments for a purposeful universe. Instead, he offers an evidence-based, realistic yet optimistic and empathetic perspective. Finding Purpose in a Godless World will help people to see the scientific worldview of an unguided, spontaneous universe as awe-inspiring and foundational to building a more compassionate society.

FINDING PURPOSE IN A GODLESS WORLD

PART I: THE HUMAN VIEW OF PURPOSE

PART III: THE SPONTANEOUS, UNGUIDED EMERGENCE OF PURPOSE AND MORALITY

PART IV: MEANING-MAKING WITHIN AND WITHOUT RELIGION

From the Foreword:
Like other grand synthesizers and interdisciplinary thinkers—Jared Diamond, Steven Pinker, and Yuval Noah Harari come to mind—Lewis employs evolutionary theory, complexity theory, cognitive science, neuroscience, psychology, anthropology, and other fields to review the best evidence we have for why consciousness evolved out of primitive brains; where goal-directedness and will come from and how they drive us to strive for more meaning than other animals; and where our moral sense comes from and why we care about others, even those not related to us.

Michael Shermer
Ralph Lewis asks and then answers some very big questions in this fine book. How are we to understand the world as it is, and how have we arrived at these insights in our long journey from the primordial swamp? Drawing from disparate disciplines, he skillfully weighs up competing scientific and religious theories. The result is an informative, highly readable tour de force, the modern person’s guide for the perplexed.
Anthony Feinstein

Professor of psychiatry, University of Toronto

In Finding Purpose in a Godless World, psychiatrist Ralph Lewis presents an interdisciplinary view of how our purpose, morality and meaning evolved. With recent ethno-sectarian conflicts seemingly on the rise throughout the world, whether for religious or other ideological reasons, a more global, humanistic vision is sorely needed. This is where the richness of his book shines through, since Dr. Lewis exemplifies an abiding respect for humans in their individual, complicated journeys through life, but is never patronizing. On behalf of reason—and purpose—secular humanists, too, would do well to become emissaries for compassion and understanding.”
Toni Van Pelt

This book is a brilliant refutation of transcendence. Ralph Lewis convincingly shows that since we are biological organisms in a natural environment, purpose simply cannot fall from ‘on high.’ Purpose is bottom-up, not top-down; evolved, not bestowed.
Dan Barker

Lewis’s personal life experiences, combined with his professional career as a psychiatrist, have given us a unique insight into the wonder, beauty, and splendor that comes from an indifferent but truly magnificent universe. Drawing heavily upon evolutionary science and psychiatry, Dr. Lewis provides a pragmatically sound argument demonstrating how, precisely, humans have evolved to develop values, care, and purpose in a universe that does not
Christopher DiCarlo

PhD, philosopher, past visiting research scholar at Harvard University, principal of Critical Thinking Solutions, and author of How to Become a Really Good Pain in the Ass: A Critical Thinker’s Guide to Asking the Right Questions

The question of life’s purpose is probably the main reason believers cannot bring themselves to reevaluate and reject the antiquated religions they’ve been indoctrinated to believe. Prompted by a personal crisis, Dr. Lewis has written a definitive answer to this question, one that I hope gains a substantial audience.
John W. Loftus

All my life, I’ve been torn between the burning pull of great purpose and the gnawing angst of demythologizing doubt. Finding Purpose in a Godless World is for all so troubled. I’ve hoped for transcendence, my PhD is in anatomy/brain research, and still I find in this book a sweeping journey of ultimate discovery and a hidden mirror for intimate self-reflection. I remain passionately agnostic.
Robert Lawrence Kuhn

Creator and host, 'Closer to Truth'

In an age where medicine, neuroscience and psychiatry have become increasingly more narrow and reductionistic, Dr. Lewis is one of those few “renaissance psychiatrists” who engages the reader by integrating his rich clinical experience, neurobiology and philosophy in order to take on the really big question: How do we as humans create meaning in a time when religion is no longer the dominant force that it once was?
Ari Zaretsky Ralph Lewis, MD, is a psychiatrist at Sunnybrook Health Sciences Centre in Toronto, Canada; an assistant professor in the Department of Psychiatry at the University of Toronto; and a psycho-oncology consultant at the Odette Cancer Centre in Toronto. He works primarily as a full-time clinician in a time-pressured hospital-based practice, focusing particularly on youth and young adult psychiatry, and (separately) on psycho-oncology in adults and the elderly.

Since 2018 Dr. Lewis has been blogging for Psychology Today (he initially started out blogging for Sunnybrook in 2017). Prior to the publication of his 2018 book Finding Purpose in a Godless World he had published articles on a psychiatric understanding of belief and purpose in Skeptic magazine and The Human Prospect, and delivered presentations on these topics at the James Randi Educational Foundation’s TAM conference, the Kurtz Institute for Science and Human Values and Canadian Association for Spiritual Care. Since 2018 he has published, presented and interviewed in a wide range of forums, while continuing his time-intensive full-time clinical practice. Many of those articles, presentations and interviews are available on this website under the Articles menu tab, Interviews tab, and Videos tab.

Dr. Lewis helps people seeking meaning in the face of severe and tragic adversity, in addition to having extensive clinical experience with complex and subtle psychiatric and psychological conditions. His writing reflects his diverse interests, which include human rationality / irrationality, the formation of belief systems, the unreliability of intuition and subjective perception in shaping explanations and beliefs, the tendency to see patterns and intention in randomness, the neural basis of motivation and purposiveness, the physical and evolutionary basis of consciousness, and many other diverse topics pertaining to the human condition.

Ralph, his wife Karin and their three children try to live purposeful, inspired lives in a godless world—appreciating the random, precarious, and precious nature of life and knowing that while the universe doesn’t care, people can and do care. 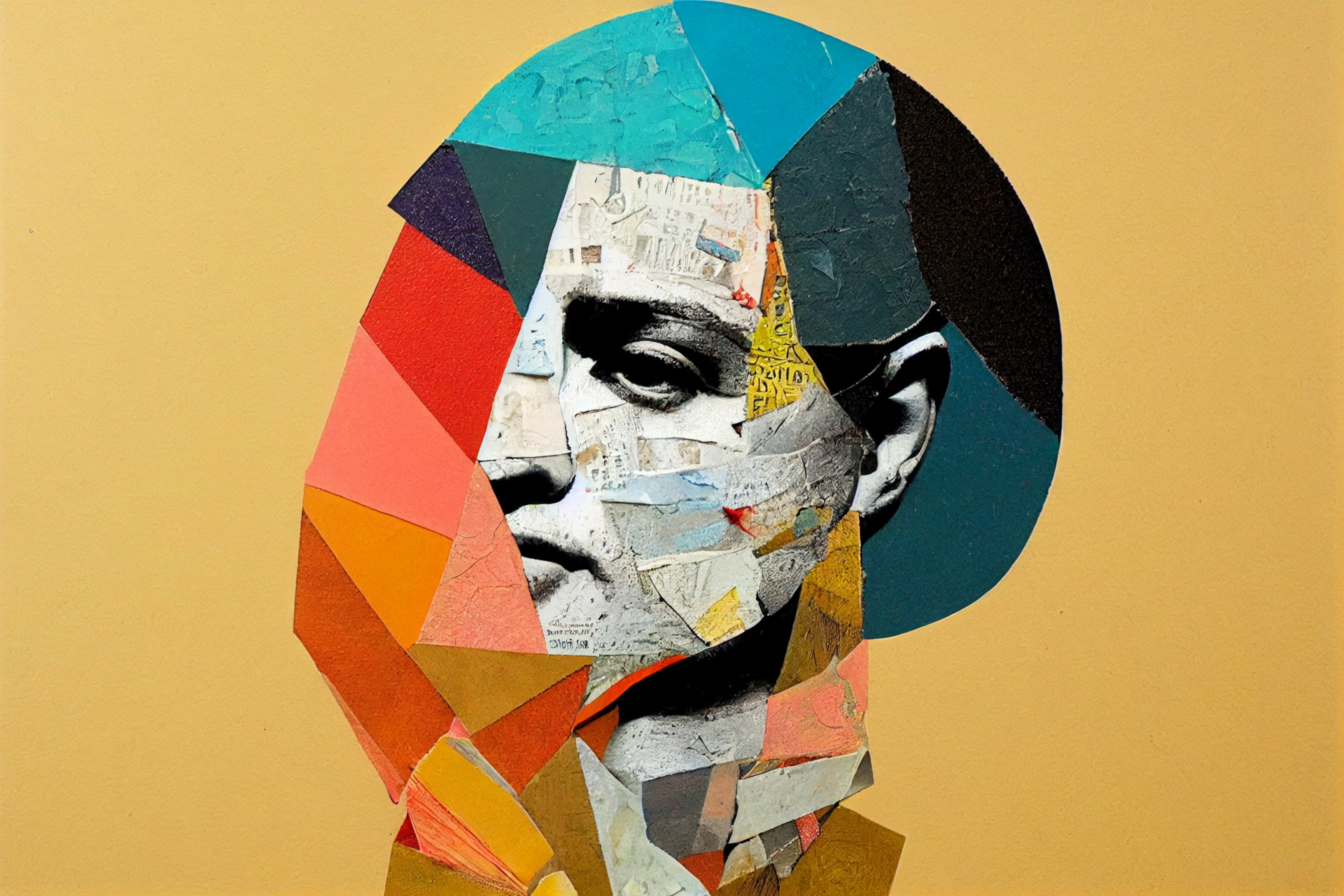 The mind is the brain’s internal model of the body and environment. It is a physically encoded web of correlational representations of the self in relation to the world. 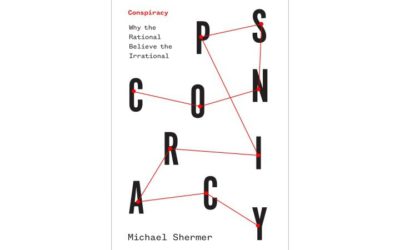 Beliefs contradicted by evidence are not just a matter of ignorance and gullibility. Chances are that even you have found beliefs of that kind compelling. Most of us have. 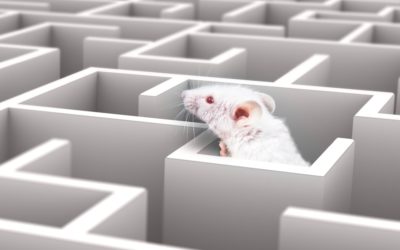 Learning May Be the Key to the Evolution of Consciousness

The capacity for an open-ended form of associative learning may be a marker for consciousness in animals and may have driven the evolution of consciousness. 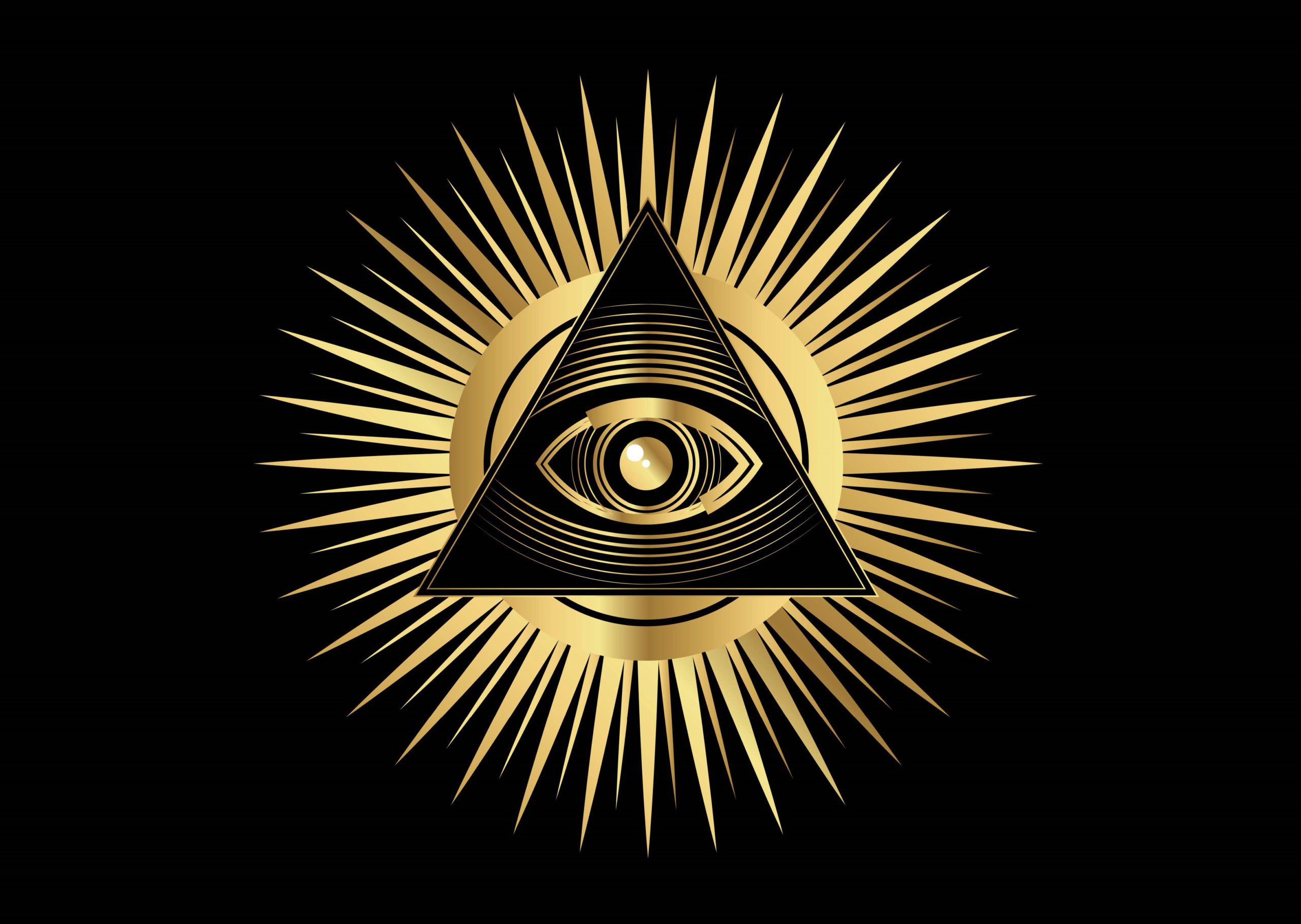 Why so many in the Spirituality and Wellness communities have been susceptible to conspiracy theories. 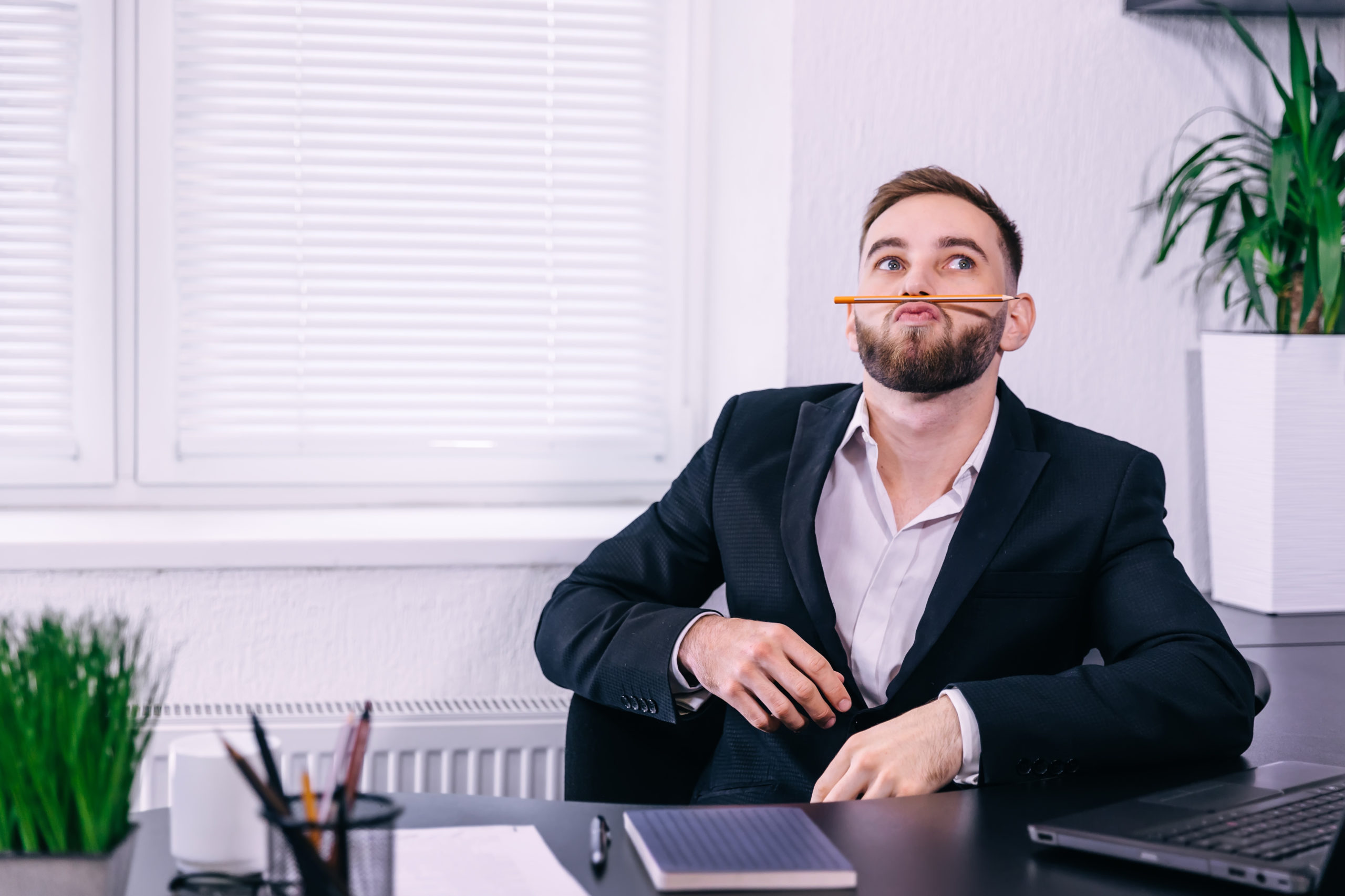 The Real Reason Everyone Seems to Have ADHD These Days 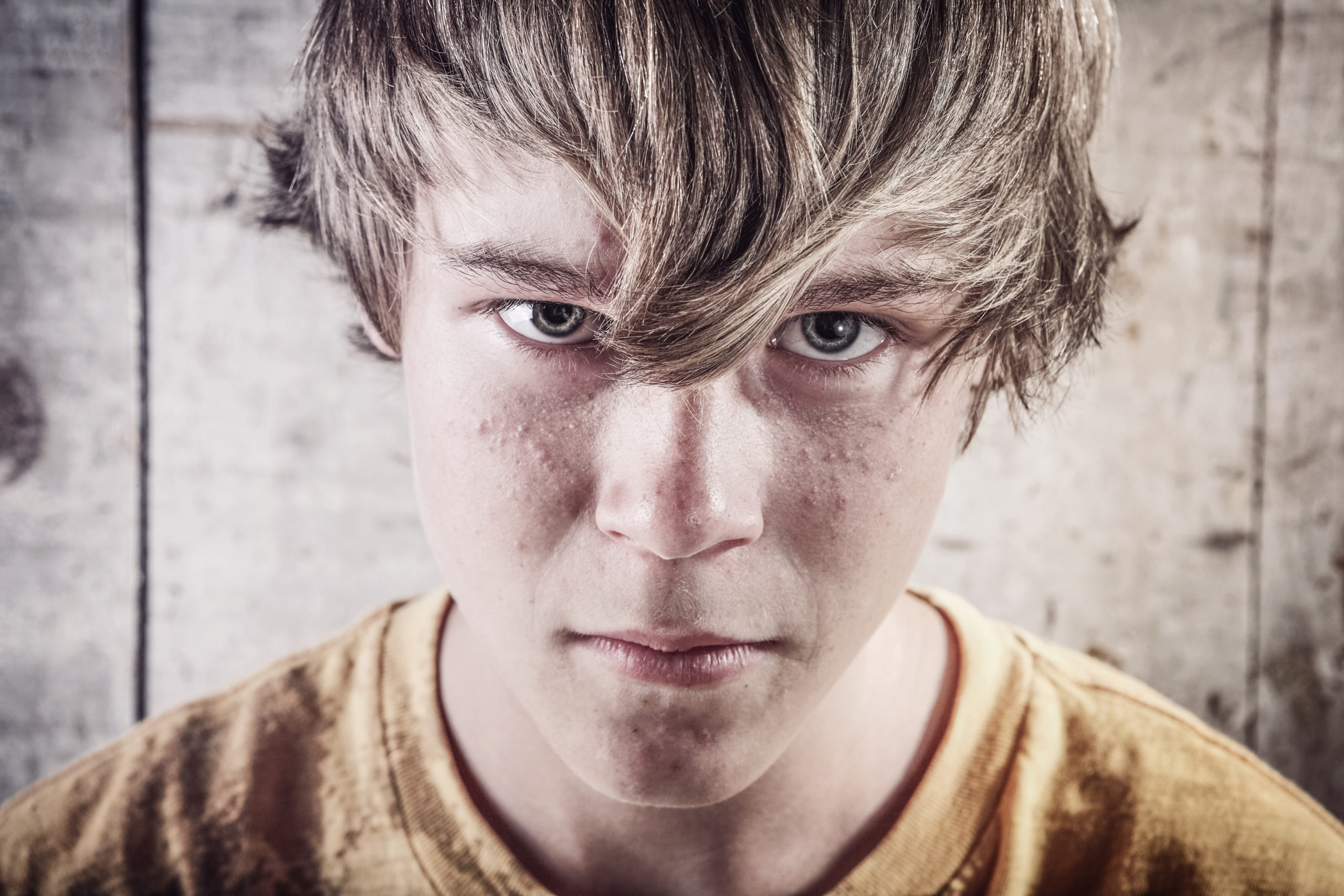 Are All Mass Killers "Sick"?

We talk about dysfunctional people as “sick,” including the extreme case of mass murderers, and assume that what they need is psychiatric treatment. Let’s be more realistic.

(in June 2019 Prometheus Books was acquired by and became an imprint of Rowman & Littlefield, one of the largest independent book publishers in North America. R&L’s sister company National Book Network took over the sales and distribution from Penguin Random House)

Dr. Lewis is not able to accept clinical referrals and is regrettably unable to respond to requests for personal assistance or advice. His clinical psychiatric practice is restricted to a hospital-based group practice. Referrals to these clinics are made by doctors through a centralised intake process.